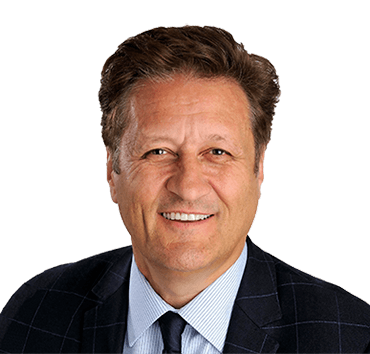 204.945.3709
Ron.Schuler@leg.gov.mb.ca
By signing up you consent to receive electronic messages from Manitoba PC Caucus

Ron Schuler was elected to his 5th term as the MLA for St. Paul on April 19, 2016 and was subsequently appointed as Minister of Crown Services. He has been proud to serve the St. Paul constituency for the past 17 years. First elected in 1999, Ron has been re-elected 4 times by his constituents. He truly enjoys representing the people of West St. Paul, East St. Paul, and the R.M. of Springfield in the Manitoba Legislature.

Ron graduated from the University of Manitoba with a degree in International Relations. He began his career in business as a junior executive with the T. Eaton Company. He then but his entrepreneurial skills to use as a small business owner. For many years, Ron operated Christmas Traditions, Espresso Junction Inc., and Gingerbread World Inc.

Prior to his election as an MLA, Ron served as a Trustee with the River East School Division. During his terms as a Trustee, he was Chair of the Education and Policy Committee and, in his final term, as Chair of the Board. As a Trustee, Ron supported many important initiatives including technology upgrades and the expansion of the heritage language programs offered throughout the Division.

Ron is an active community volunteer and has given his time to organizations such as Big Brothers, Citizens on Patrol, the Kidney Foundation, Max Reinhardt Theatre Canada, the German Canadian Heritage Foundation and the Manitoba Inter-cultural Council.

The Schulers have lived in St. Paul for the past 16 years and are proud to call it their home. Ron’s three children are also active in the community through their schools, youth sports, and church. Ron looks forward to continuing his service to the St. Paul constituency as part of a new Progressive Conservative government with a better plan to manage our finances, grow the economy, and improve the services we rely on.