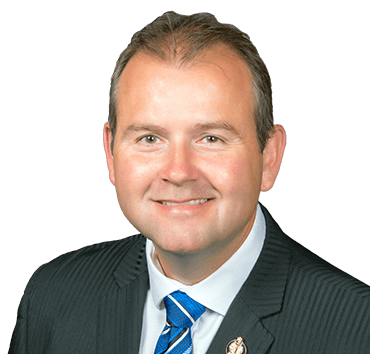 Wayne Ewasko was first elected as the MLA for Lac du Bonnet in 2011 and re-elected on April 19, 2016. In addition to his role as an MLA, he serves as the Chair of the Manitoba PC Caucus.

Wayne graduated from the University of Manitoba with a Bachelor of Education Degree as well as a Post Baccalaureate degree in Education. Before being elected to the Legislature, he worked for 17 years as a teacher and guidance counsellor in the Sunrise School Division. Wayne received the Teacher of Distinction Award from Brandon University in 2008 and, in 2012, was presented with the Queen Elizabeth II Diamond Jubilee Medal.

Wayne grew up on a farm in the Brokenhead area southwest of Beausejour. He is married to his high school sweetheart, Tracey and together they have two wonderful sons, Brayden and Jarvis. He is an active member of the community as a volunteer with the Beausejour Knights of Columbus and the Beausejour Lions Club.

He is eager to continue serving the people of Lac du Bonnet and finding innovative solutions to the challenges facing our health and education systems. Wayne is proud to be a part of the PC team that offers a better plan and a better future for Manitoba families.